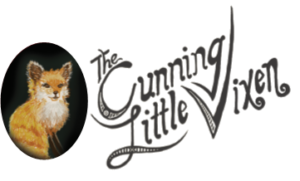 By Kathe Andersen, Director of Communications and External Relations,

During the coronavirus pandemic, a number of theatre companies, opera companies and other musical performing organizations have either canceled live productions or gone with remote performances. This fall, UNL Opera found a way to safely produce its opera The Cunning Little Vixen by Leoš Janáček, with live, outdoor performances on Oct. 3-4, played on the patio of Kimball Recital Hall, with some fun excursions into the grass and foliage.

Back in early spring, when the university pivoted to remote learning, William Shomos, Director of UNL Opera, received an e-mail from Dr. Sergio Ruiz, Director of the Glenn Korff School of Music that urged faculty to start thinking of creative ways to deal with a worst-case scenario without the benefit of additional funding.  Shomos took the challenge seriously and recalls thinking, “Okay, what can we do?”  He went on the assumption that the University would be open, but that there would be every imaginable restriction standing in the way of business as usual. “Then came the idea of an outdoor performance,” he said, “and I didn’t look back after that.”

Producing the opera outside helped solve many technical issues, including social distancing and protecting the safety of the singers. The professional voice community was aware early on about the probability of significant aerosol transmission, which was affirmed by some major scientific studies later in the summer. For Shomos, the aerosol factor cancelled out any notion of an indoor opera production. “I got more comfortable with it as the semester progressed,” said doctoral student Patrick McNally, who played the Forester. “It didn’t turn into a super-spreader event. I think the fact that this production was successful proves there are protocols that can make this safe.” Olivia Hacker, first-year master’s student, who played the Vixen said, “I never felt I was sacrificing my own personal safety in order to be a part of the opera. Not only did the cast do their part in not socializing in an unsafe way apart from the rehearsals, but we were required to keep distance from the other singers, and no one was singing unmasked until the week of tech rehearsals when we had our mics. I felt like the rehearsal process could not have been safer.”

All of the rehearsals took place outdoors. Rehearsal pianist and coach Michael Cotton, who played from an electric keyboard, often battled the autumn winds that threatened to blow his music away.

A nine-piece chamber group, The Trace Chamber Society, conducted by Glenn Korff School of Music doctoral student Rebecca Nederhiser, performed the reduced orchestration from behind the singers in the lobby of Kimball Recital Hall.  Nederhiser had zero visual connection to the performers, a serious challenge for Janáček’s devilishly difficult score, but immaculate intense preparation enabled her to hold the ensemble together brilliantly. Inspiremedia Productions in collaboration with Audio-Visions helped in pulling off some technical magic to make it all happen as well.  Cast members had earpieces to hear the orchestra, while the orchestra had monitors to hear the mic-ed singers. Orchestra and singers were mixed at the soundboard and amplified for the outdoor audience.

A large LED screen framed the playing space with brilliant full colored illustrations designed by Johnny Carson School of Theatre and Film alumnus David Tousley.  The choice for the illustrations was based on the original source material for the opera–a cartoon serial that appeared in a Czech newspaper.

Meanwhile, the performers playing the various animal characters operated beautiful, large-scale paper mâché animal head puppets, designed and built by Nebraska Repertory Theatre Artistic Director Andy Park and Johnny Carson School of Theatre and Film alumnus Jill Hibbard. Hacker said that she was reluctant at first about becoming a puppeteer for this performance. “I’ll be completely honest and say I was terrified when I learned that we would be using puppets” But Park alleviated all fears. “Bill and I worked with the puppeteers, and I taught them some basic puppetry to give them the fundamentals that they needed,” said Park. “Then, Jill would make adjustments to the puppet fabric and note what we needed to do to make it work better for the puppeteer. It was just a fun collaboration. A couple of them could be puppeteers if they want. They were tremendous.” Hacker admitted, “I found myself not being quite so terrified and actually excited a couple of weeks before tech. The puppets got lighter the more we worked with them, and I know the audience members loved the artistry.”

Shomos later recalled, “I kept telling my cast ‘you know what…I’ve never produced an outdoor opera with projections, puppets, and an orchestra playing in a different building. This is all new to me–let’s just see how it goes!’” Shomos said the entire production proved the adage that necessity is the mother of invention. “It’s really true. We looked at everything that we couldn’t do and instead of getting hung up on that, we looked toward what we could do. You work with what you have, and you try to create something beautiful.”

For everyone involved in the production, it felt good to return to a live performance. “I think it pulled a lot of us out of that shell of isolation that we’re feeling as performers right now in our country and around the world. We are not alone in this,” Hacker said. “There’s nothing like getting to communicate through music, and I so missed it. It was really exciting to look up after tech week and see all these faces ready to hear some opera.” The community that forms between performers and the audience is important, McNally said. “Now, more than ever, when everybody is in their homes, trapped in front of computers all day, to get out and experience something as a community and to have a dialogue as a community, which is fundamentally what theatre is, it’s really important,” he said. “I’m glad we got to do a little bit of it here. It’s the best feeling in the world.”

To see the Glenn Korff School of Music’s webcast of The Cunning Little Vixen on YouTube, visit https://go.unl.edu/gksomopera. 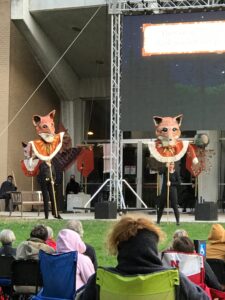 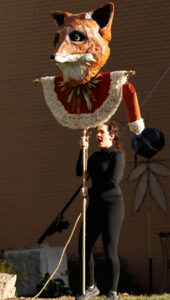 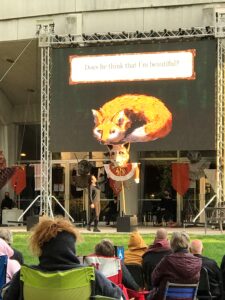 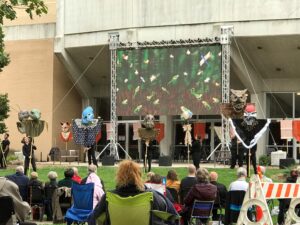